A project by: Ultimate Frisbee 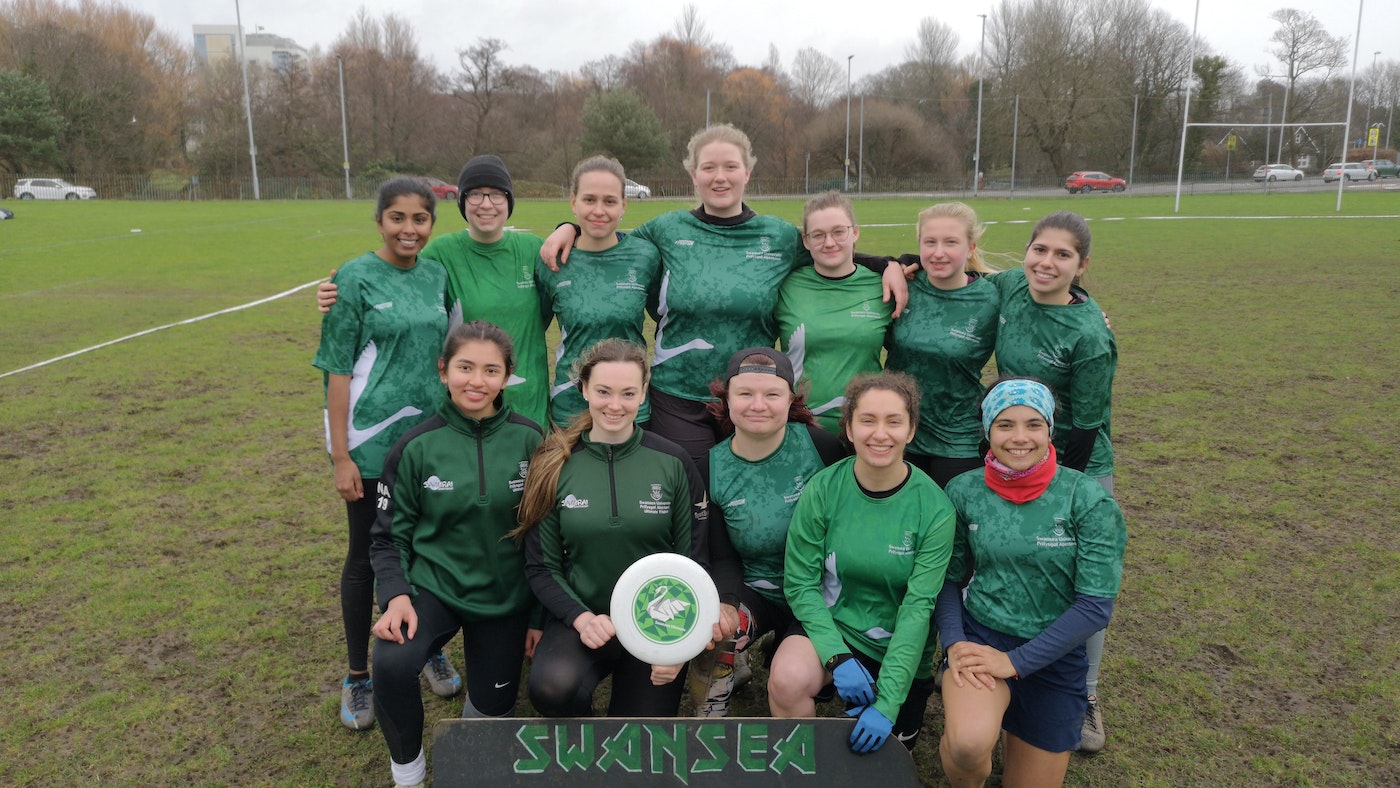 What are we funding?

We are raising money to send our Women’s team to Outdoor Nationals.

Last year the Women’s team had a record-breaking best performance, finishing 15th in Division One, and they are hoping to put in another fantastic performance this year. The women’s team has qualified for nationals after playing all of their BUCS league fixtures on two separate Saturdays during this season. This year we have a strong team lineup, with plenty of squad depth thanks to a strong push for female recruitment. They will be sure to put in a great performance following on from their two BUCS days - one of which was at home in Swansea - and plenty of team bonding and training as well.

Outdoor nationals is taking place in Nottingham, and we are planning on taking a fairly large squad, so the transport and accommodation costs have increased for the club this year.

Swansea University Ultimate is a student-run sports club at the University which aims to be inclusive to all, as well as highly competitive within the various BUCS leagues we enter, and all of the UK Ultimate tournaments we enter each year. We have been a sports club for over 15 years and represent Swansea annually at Varsity. Within recent years we have broken several club records, which include a third-place finish for the men’s outdoor first-team at division two outdoor nationals, and the women’s outdoor team qualifying for division one outdoor nationals. We also have strong development teams and have regular socials and an annual trip to Italy to play beach ultimate.

Thanks to the efforts of the students on each year’s committees and all of the players, we have put Swansea and South Wales on the map as a force to be reckoned with, with many of our graduates going on to have success on both the national and international club level.

The women’s team provides great chances for women to play in a highly competitive yet friendly environment. With outdoor nationals being one of the biggest events of the year, it’s a fantastic opportunity for our women’s team to showcase how far they have developed, especially as many of them were introduced to Ultimate Frisbee at university.

Due to financial hardship, the club can’t take the squad to outdoor nationals without the support and runs the risk of being faced with a fine for not sending the team. Finances aside, it is a great chance to further put Swansea on the map as one of the top university teams in the UK and to earn Swansea some more BUCS points. It is also a great chance for our players to showcase how much effort they have put into this season, and how advanced they have become, thanks to extensive training sessions both on and off the pitch throughout the year.

The club in action:

Thank you, your report has been sent.
Help Swansea Uni Ultimate Frisbee Women to Outdoor Nationals

Tell us why you are reporting this project: